Be a part of the country’s largest recreational tennis league! Teams are made up of five to eight players arranged by age and skill level. Competition and social atmosphere bring more than 800,000 participants onto the court nationwide to enjoy league, district, state, section and national level match play. Team tennis turns our “individual” sport into an exciting group experience!

During the indoor and summer sessions there are several competitive travel teams. You can form your own team or join an existing team, and current USTA membership is required to participate. Visit the USTA website for membership, NTRP ratings and team registration information.

Our USTA teams are part of the Southeastern Michigan Tennis Association (SEMTA) in the Midwest Section of the USTA. SEMTA is one of 14 Districts that comprise the Midwest Section which includes the following states: Illinois, Indiana, Michigan, Ohio, Wisconsin, and portions of Kentucky and West Virginia. SEMTA is made up of the following Michigan counties: Hillsdale, Lenawee, Livingston, Macomb, Monroe, Oakland, St. Clair, Washtenaw and Wayne. 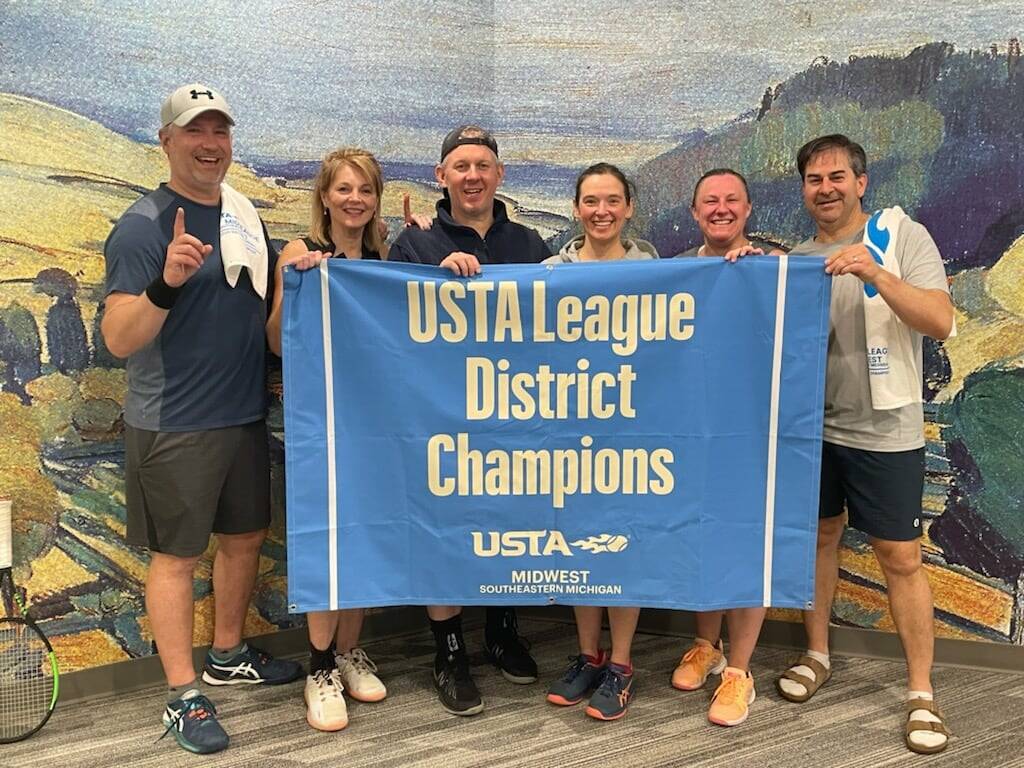 Jason Go played for Eastside’s Summer 4.5 Men 18+ team who went undefeated in their League and District playoffs, and placed 3rd at Sectionals. Great job!
Coach Steve plays on the 5.0 Men 18+ team out of Pine Lake Country Club. The team won their league then represented the Midwest at Sectionals where they won, advancing to Nationals October 1-3 in Phoenix ! Amazing!
USTA League History

We will be following COVID-19 club protocols with the goal of being able to enjoy our sport safely throughout the winter months.